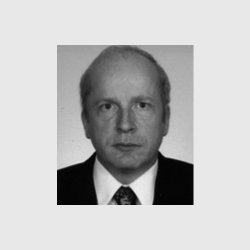 Jochen Bundschuh has been working for over 20 years on inorganic trace contaminants in water resources, mostly in groundwater and respective sustainable mitigation. He completed PhD on numerical modeling of heat transport in aquifers from University of Tübingen, Germany in 1990. From 1993 to 1999 he served as an expert for the German Agency of Technical Cooperation (GTZ, now GIZ) and as a long-term professor for the DAAD (German Academic Exchange Service) in Argentine. From 2001 to 2008 he worked within the framework of the German governmental cooperation (Integrated Expert Program of CIM; GTZ/BA) as adviser in mission to Costa Rica at the Instituto Costarricense de Electricidad (ICE), where he assisted the country in evaluation and development of huge low-enthalpy geothermal resources for power generation. Since 2005, he is an affiliate professor of the Royal Institute of Technology, Stockholm, Sweden. In 2006, he was elected Vice-President of the International Society of Groundwater for Sustainable Development ISGSD.

From 2009–2011 he was visiting professor at the Department of Earth Sciences at the National Cheng Kung University, Tainan, Taiwan. Since 2012, Dr. Bundschuh is a full professor in hydrogeology at the University of Southern Queensland, Toowoomba, Australia where he leads the Platform for Water in the Nexus of Sustainable Development working in the wide field of water resources and low/middle enthalpy geothermal resources, water and wastewater treatment and sustainable and renewable energy resources. In November 2012, Prof. Bundschuh was appointed as leader of the newly established Australian Chapter of the International Medical Geology Association (IMGA).

Dr. Bundschuh has authored several books such as “Low-Enthalpy Geothermal Resources for Power Generation” (2008) (CRC Press/Balkema) and “Introduction to the Numerical Modeling of Groundwater and Geothermal Systems: Fundamentals of Mass, Energy and Solute Transport in Poroclastic Rocks”. He has edited 18 books and editor of the book series “Multiphysics Modeling”, “Arsenic in

the Environment”, “Sustainable Energy Developments” and “Sustainable Water Developments” (all CRC Press/Balkema). Since 2015, he is an editor in chief of the Elsevier journal “Groundwater for Sustainable Development”. Dr. Bundschuh is one of the International organizer of the Congress series “Arsenic in the Environment” which provides an inter- and multidisciplinary state-of-art international platform for arsenic research, and making an effort to link the occurrence of geogenic arsenic in different environments and media including ground- and surface water, soil, biota and air, and its effect on society.